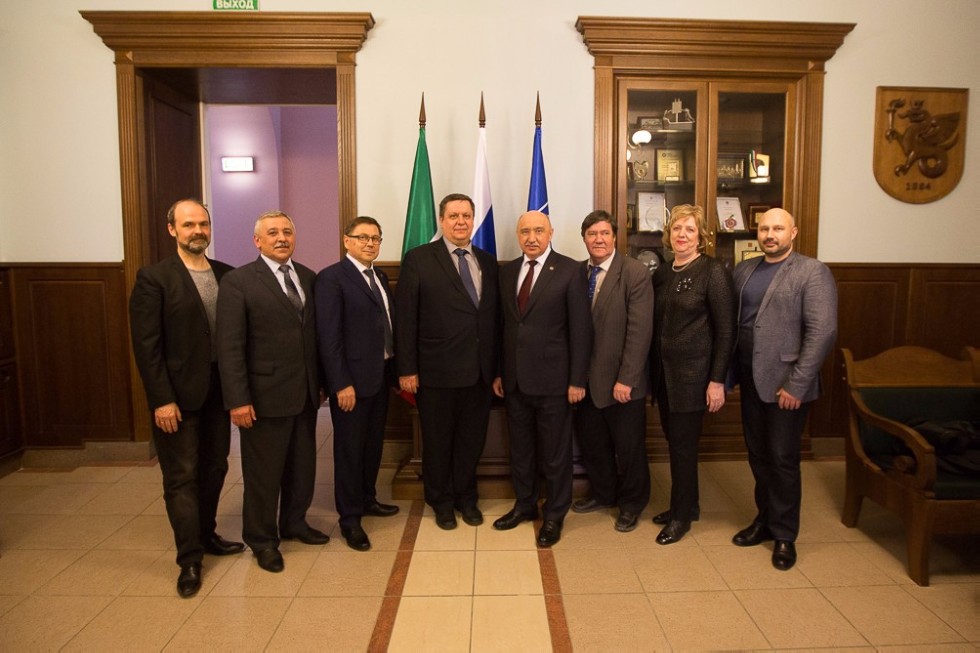 The two sides met at KFU on April 13th.

The colleagues from Saint Petersburg arrived to learn more about the Institute of Chemistry and the Institute of Fundamental Medicine and Biology. They were especially keen to see the Pharmacy Research and Education Center – here is where work on new medications is concentrated.

Rector of SPCPA Igor Narkevich said that introducing research into practice is the most pertinent question right now. As we know, pharmacology is an especially complicated sphere in that regard. Trial productions are key elements in solving such problems, and both institutions have experience in them.

KFU and SPCPA have already launched joint master programs in medical chemistry, and Rector Ilshat Gafurov noted that this work should be continued and broadened.

REC Pharmacy together with SPCPA works on several state contracts in pharmaceutical and medical industry. Pre-clinical trials are underway for antifungal medications and treatments for rheumatic and locomotor system ailments. Some promising substances are also being researched. The plan covers this and next year, but there are prospects of further continuation of this work.

The yesterday’s meeting showed that there are also other areas of mutual interest, and news on them should come soon.