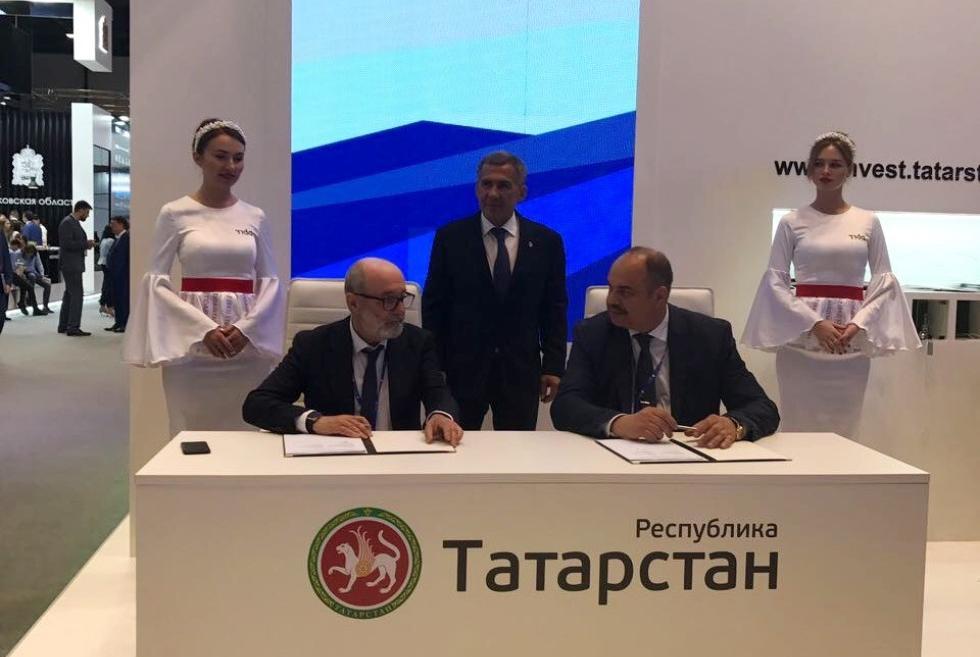 General Director of Transoil Vladimir Sokolov and Director of Rusfond Lev Ambinder signed the agreement on June 1st at SPIEF.

The document was authenticated in President of Tatarstan Rustam Minnikhanov’s presence. It follows the previous agreement between KFU and Rusfond signed in April 2017.

Transoil pledges to transfer 5 million rubles for medical freezers, amplifiers, servers, and a supercomputer for data storage and processing.

The equipment will be stationed at the KFU Institute of Fundamental Medicine and Biology. Here Rusfond plans to start DNA sequencing on NGS machines.

Transoil has been in this partnership with Rusfond since 2013 and has already donated 23.5 million rubles. The Registry currently has 69 thousand donor entries, and 7 to 8 thousand join each year.

Russia still mostly uses previous generation tech for DNA blood tests, with each test amounting to 14 thousand rubles. NGS allows to lower the cost and speed up the process, as well as, most importantly, to increase the quality of analysis.

Rusfond plans to introduce the same NGS technology at the Institute of Child Oncology, Hematology and Transplantology in Saint-Petersburg. The Institute has been cooperating with Rusfond since 2010.