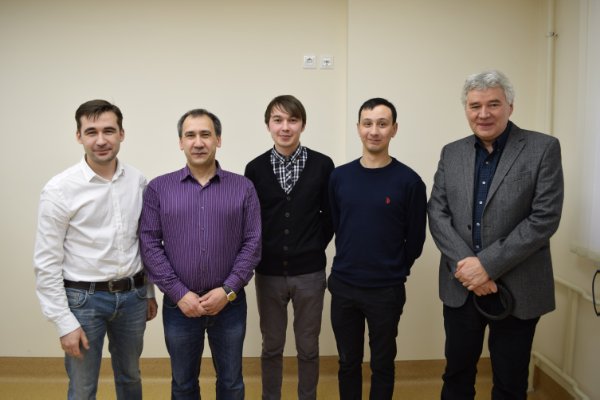 The results were published in Nucleic Acids Research. This paper was announced as the best of May 2017 by FSBMB.

Bacterial ribosome is a macromolecular complex containing 3 RNA molecules and about 50 individual proteins. Before this KFU research the structure of gram-negative bacteria’s ribosomes had been researched in atomic definition only through X-ray crystallography, and cryo-electron microscopy had given medium definition results.

Marat Yusupov, Head of the Structural Biology Lab and Head of the Ribosome Structure Lab at IGBMC, commented in 2016, “In our work we used modern biophysical and biochemical methods; the Lab staff is inter-Institute. It includes biologists and physicists, and chemists are expected to join as well. Currently our work is mostly conducted together with the Biochemistry Lab; NMR is used. The main constraint of this project now is that KFU doesn’t have cryo-electron microscopy which would allow researching frozen specimens and discover the structure of macromolecular complexes with very high precision, basically on the molecular level. X-ray crystallography allows studying protein structure on its chemical atomic level, when each atom can be positioned in 3D which gives the opportunity to predict which inhibitors and small molecules can deactivate the protein. There are not many research centers which possess all the three technologies, as well as not many of those who study ribosome structures. The problem is both in the object and in the research methods”.

By presenting the Staphylococcus ribosome structure in HD cryo-electron microscopy the researchers have significantly advanced in their work – the one which is of great importance for medicine, starting from mild skin diseases and ending with lethal infections like pneumonia, meningitis, osteomyelitis, endocarditis, toxic shock, and septicemia.

The scientists try to find a way to «disable» protein synthesis in Staphylococcus cells and thus a way to kill it.

There are many drug-resistant strains of Staphylococcus circulating in the population, so this research can lead to saving millions of lives in the long run.