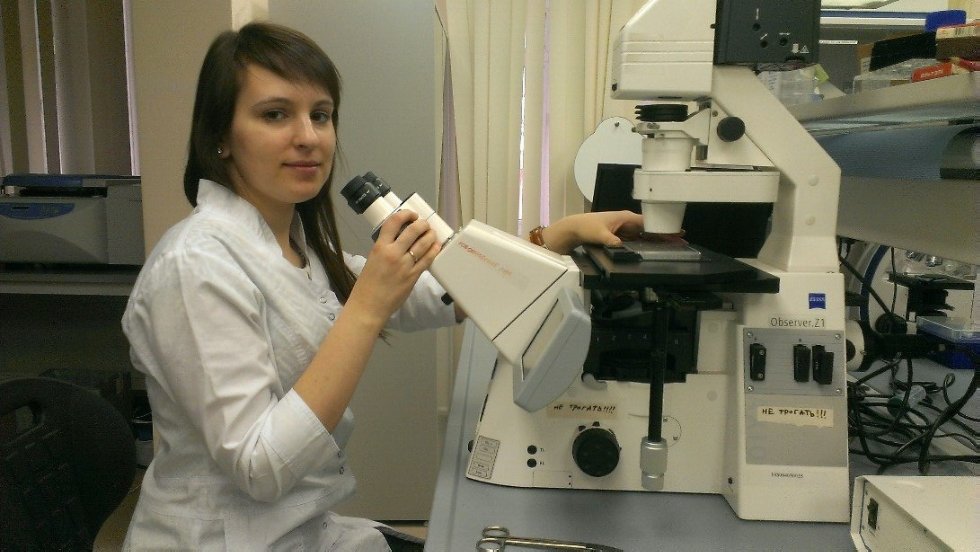 The research was based at the Gene and Cell Technologies Lab of Kazan University.

Previously, KFU employees suggested using gene and cell therapy to treat spinal injuries. To that end, therapeutic genes were transported to an affected spinal cord area by mononuclear cells of umbilical cord blood. Group Head Yana Mukhamedshina explains that the approach is based on genetic modification of umbilical cord blood cells aimed at increasing their regenerative potential. “In particular, VEGF and GDNF genes, which possess strong neuroprotective and neurotrophic properties, were used. These genes, or, more precisely, the proteins coded by them, can protect neurons and have a supportive influence on them. Thus, umbilical cord blood cells serve as transporters of therapeutic genes and a sort of mini bio plants of recombinant biologically active proteins in injured areas,” she explains. As a result, experiments showed that  motor functions and structure of damaged tissues of the spinal cord improved. (Mukhamedshina et al., Assessment of Glial Scar, Tissue Sparing, Behavioral Recovery and Axonal Regeneration following Acute Transplantation of Genetically Modified Human Umbilical Cord Blood Cells in a Rat Model of Spinal Cord Contusion. PlosOne. 2016).

In this new publication, the team continued researching fundamental mechanisms of such neuroprotective properties. As the authors posited, spinal cord injuries unavoidably results in death of not only neurons but also glial cells. In particular, the death of oligodendrocytes leads to impaired nerve impulse conduction in intact axons. Fibrous tissue grows in the place of destroyed myelin and thus leads to paralysis and paresis. However, Schwann cells can migrate to the injured area and participate in myelin production, thus replacing the functions of oligodendrocytes.

The results may serve as the basis for gene and cell medications applicable to not only spinal cord injuries but also other demyelinating diseases, such as multiple sclerosis.

The research is financed within Project 5-100