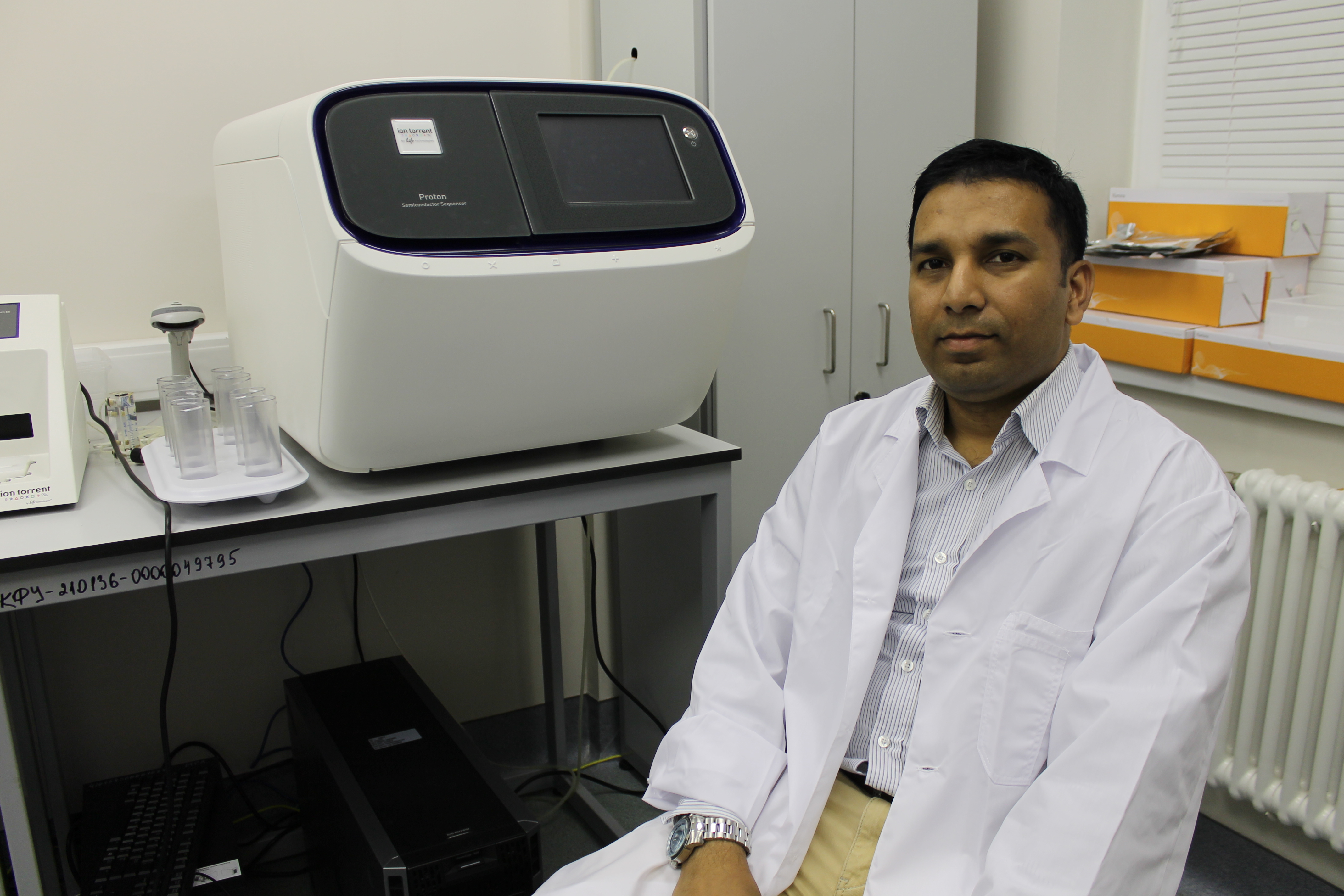 Junior Researcher Raihan Shah Mahmud told us about the current achievements, “There is an immense number of viruses in nature, hundreds of times more than bacteria. Simply put, viruses and the most abundant and the least studied life form on Earth. There are viruses which are not dangerous to humans but can kill pathogenic bacteria, such as bacteriophages of the cholera germ or diphtheria. It is known that bacteriophages are very good at fighting pathogens if they have appropriate enzymes or biomolecules. Only sequencing of such non-pathogenic viruses can help us identify new biomolecules which may be of use against infectious bacteria. The importance of such work grows because of the increasing antibiotic resistance”.

KFU has been working with such viruses for several years together with Giessen University.

Non-pathogenic viruses usually infect bacteria in soil or in water, so it was impossible to extract their DNA for quite some time. Dr. Mahmud commented, “We worked on the project to find a unique gene which is present in all types of viruses, but, of course, we couldn’t do that because viruses don’t have such genes. The only way was to sequence a full genome. We managed to do that in a very laborious process. First, we couldn’t fully separate a viral genome from a bacterial genome. The thing is that one small part remaining from another DNA can render the whole work unusable”.

“For a year we cleaned the genome and then successfully sequenced it on the third run. Now we have the expertise in working with pathogenic viruses. It’s a pioneering work in our region”.

Giessen University, as a partner institution, gave KFU colleagues an opportunity to work with H1N1 flu, the well-know “swine flu”. During his internship in Giessen Dr. Mahmud confirmed that there is a way to eliminate flu virus in cells in mere hours.

25 publications have been released so far within the project. KFU’s know-how was to choose binase as an antiviral agent – a bacterial enzyme which remains active in a human body for a longer time than animal enzymes. It can quickly disrupt viral RNA, which has been proved by Dr. Mahmud’s experiments. Such a medication can be created, for instance, in the form of a nasal spray. The Lab is also trying to find out if binase is effective in cancer treatment.