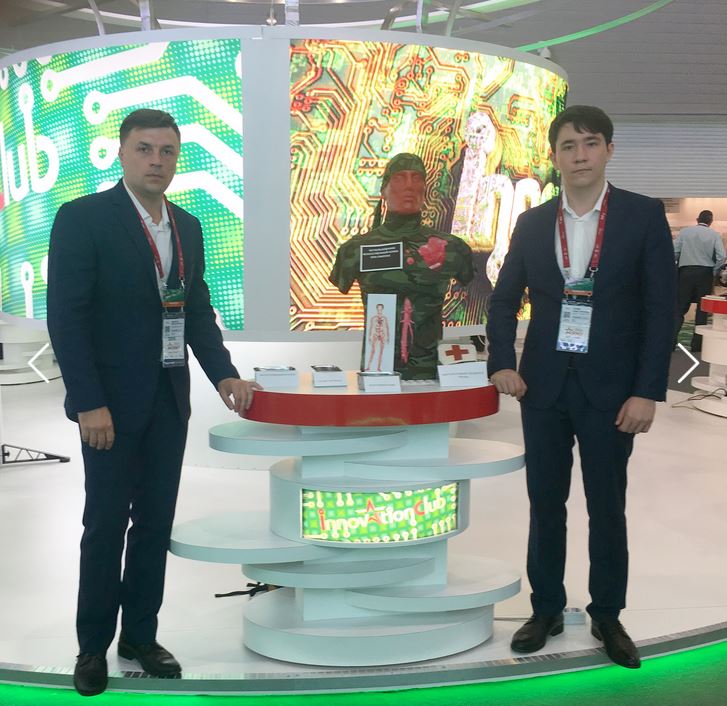 Two researchers from KFU are being dispatched to the forum on August 22nd – 27th.

Vyacheslav Averyanov and Almaz Garaev will partake in the Innovation Club, a forum event for military technology.

Their project is titled «Synthetic biocompatible and biodegradable material and methods of its use in cardiovascular, gynecological, and regenerative practice in military field surgery and for disaster relief». It will be one of the few to be included in a special report for Minister of Defense Sergey Shoygu and President Vladimir Putin.

Dr. Averyanov explains what the gist of the technology is, “After getting this synthetic vascular resolving prosthesis into the bloodstream blood elements and plasma transude through the wall, and the prosthesis thus swells up and becomes hermetic. Endothelial layer grows from the inside at the ends of anastomosis. In the thick of this prosthesis an aseptic inflammation-type reaction occurs. Macrophages gradually recycle parts of prosthesis and simultaneously release fibroblast growth factors. Fibroblasts and fibrocytes synthesize intercellular matter. Smooth muscle cells from anastomosis change their contractile function to secretary function; cells divide and migrate to the prosthesis because of the growth factors released by macrophages and thrombocytes. Thus through simultaneous biodegradation and self-induced tissue growth a new vessel appears in place of the prosthesis”.

In patients with severe IIIb and IV degree burn, when a patient’s own skin is insufficient for replacement, artificial skin can be used. It is made of synthetic biodegradable materials with a possibility of adding bactericides which will then gradually release into the affected area to inhibit dangerous bacterial growth. Dispersed regenerative material can be introduced into a wound together with mesenchymal stem cells; this will accelerate the growth of intercellular matter and regeneration.

The “Synthetic biodegradable material” project was previously shown during the 6th Youth Forum of Tatarstan with President Rustam Minnikhanov present.

Vyacheslav Averyanov and Almaz Garaev were also winners of the RE:Search grant of the International Congress of Young Scientists in Medicine.