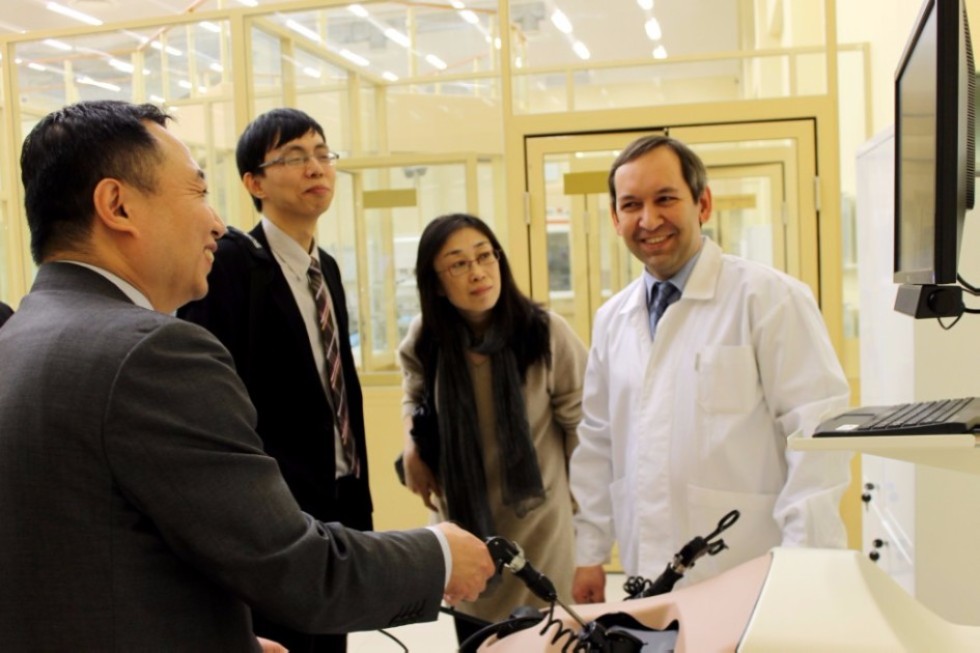 He said, «The fact that your countries decided to open consulates in Tatarstan indicates that they are interested in developing multifaceted links with the region. That includes, as we hope, science, education, and technology. In this regard Kazan Federal Unviersity is the leader in the Republic».

After Dr. Latypov’s detailed presentation of KFU’s potential the guests used the opportunity to tour the facilities and see what’s really going on within the University’s walls. The officials visited the KFU History Museum and several key labs.

Answering Consul Kontra’s question about what diplomats can really do to facilitate the inter-university dialog, Vice-Rector Latypov said the primary goal is to create a positive impression. If ministries stimulate universities and research centers to familiarize with each other, then peer-to-peer diplomacy can take center stage. Contacts between colleagues lead to joint research projects. This benefits all the sides.

Kazan University’s openness has already resulted in numerous cooperation ties. For example, there are more than 20 agreements with Chinese colleagues, including academic exchange, research, and advanced training for skilled professionals. Hungary, on the contrary, has not yet been prominently represented among KFU’s partners. As Mr. Kontra assured, such a situation will very soon change.