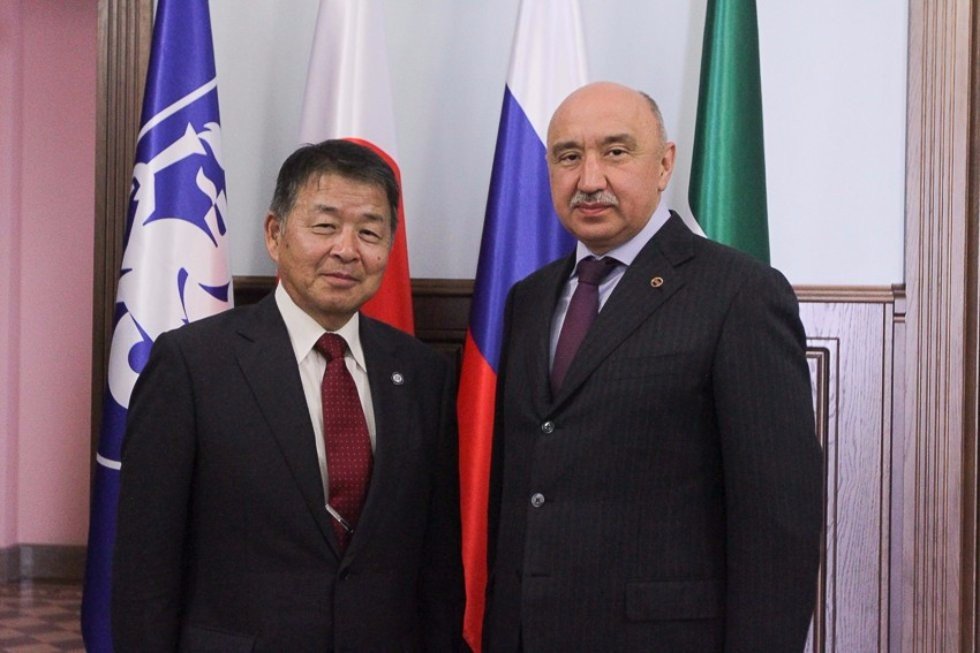 Dr. Yamazaki Koetsu arrived on October 4th and then plans to take part in a Japanese-Russian rectors’ conference in Moscow.

A KFU delegation was in Japan not so long ago – this past May. However, some affairs have already developed since then, and there was much to discuss. The visit began at the Institute of Fundamental Medicine and Biology.

Dr. Yamazaki said, «We are very honored to meet the Rector and his team here in Kazan. We are glad to have an opportunity to discuss our relations at the meeting of rectors of the leading universities of Russia and Japan in Moscow. Today I already toured the Medical Simulation Center and was especially impressed with the Dentistry Training Class. We are interested in cooperating in medicine, engineering, and environmental research».

KFU and Kanazawa University first established their ties five years ago when both institutions joined the Japanese governmental exchange program. During the yesterday’s meeting the Japanese colleagues agreed to promote Kazan University as a candidate for the list of universities recommended for cooperation by the Government of Japan. Moreover, President Yamazaki suggested starting a double diploma program.

Rector Gafurov supported this proposal and asked Vice-Rector Dmitry Tayursky to be the coordinator of this program from the KFU’s side.

Undoubtedly, KFU students will be ready to join such programs. Their English language proficiency and professional skills are up to the task. 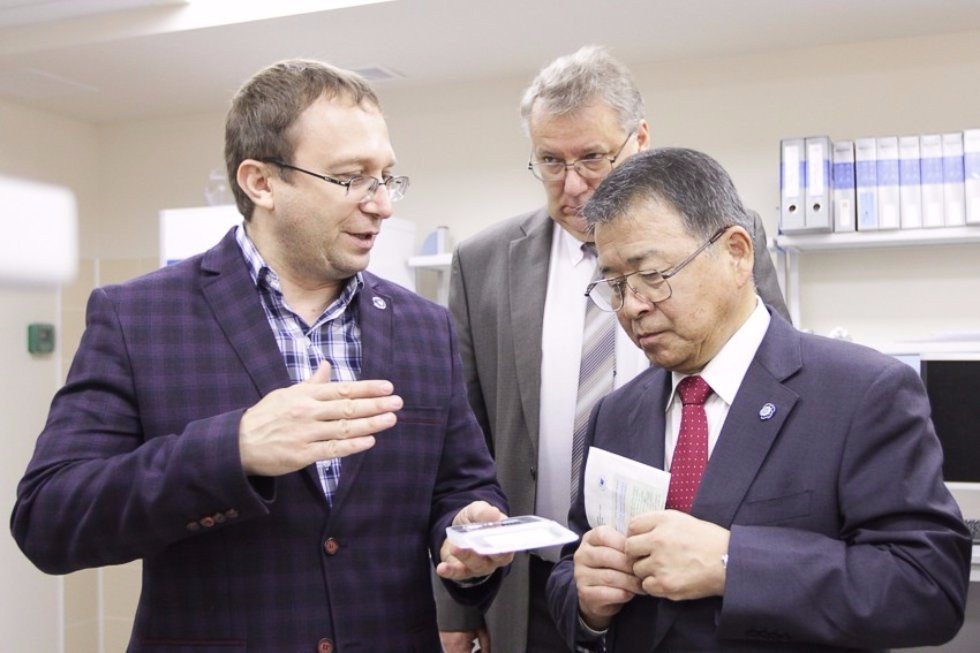 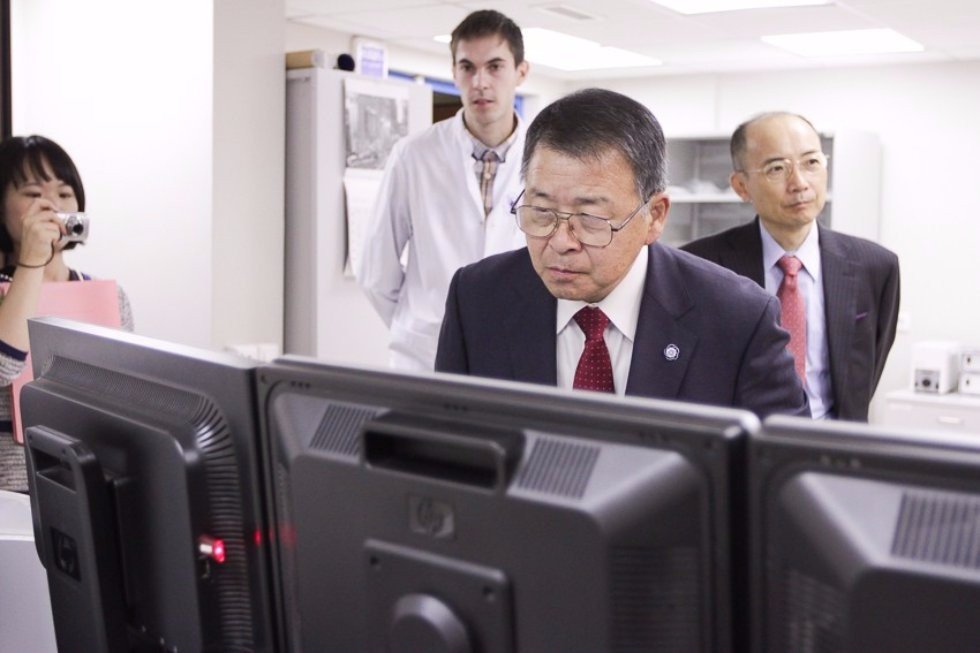 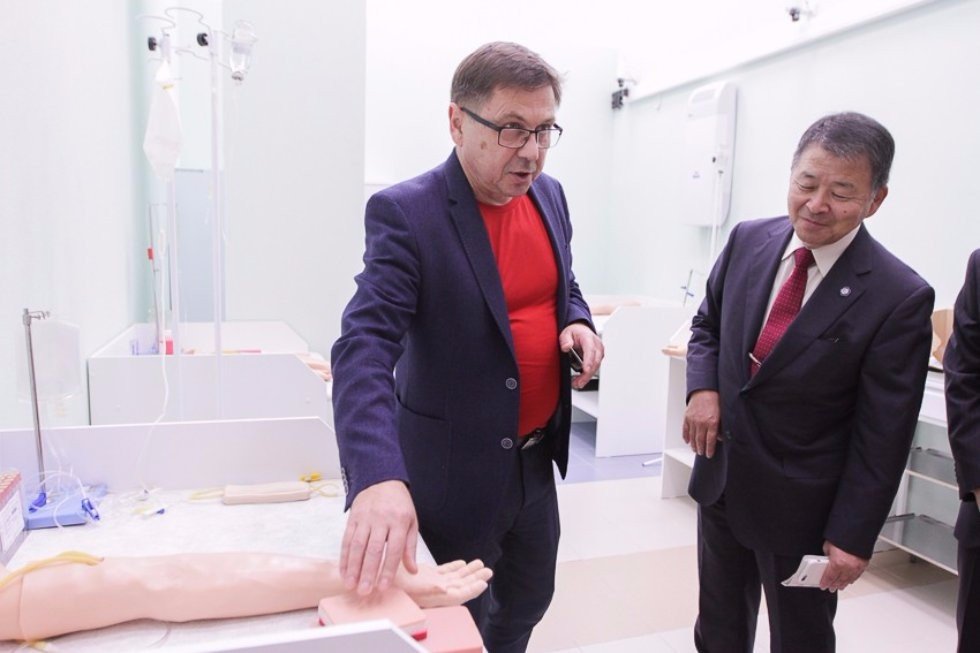 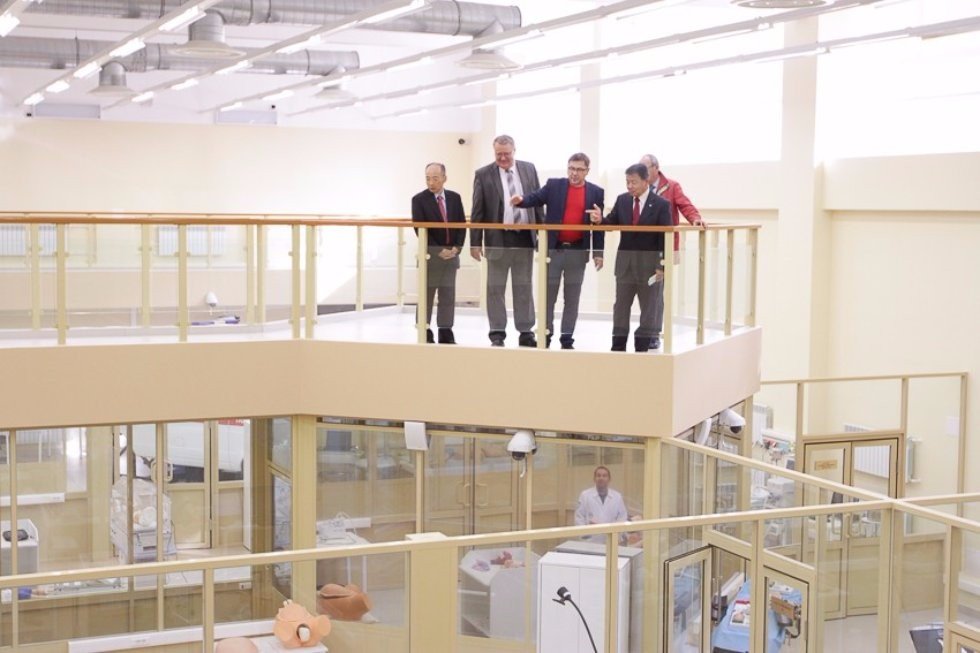 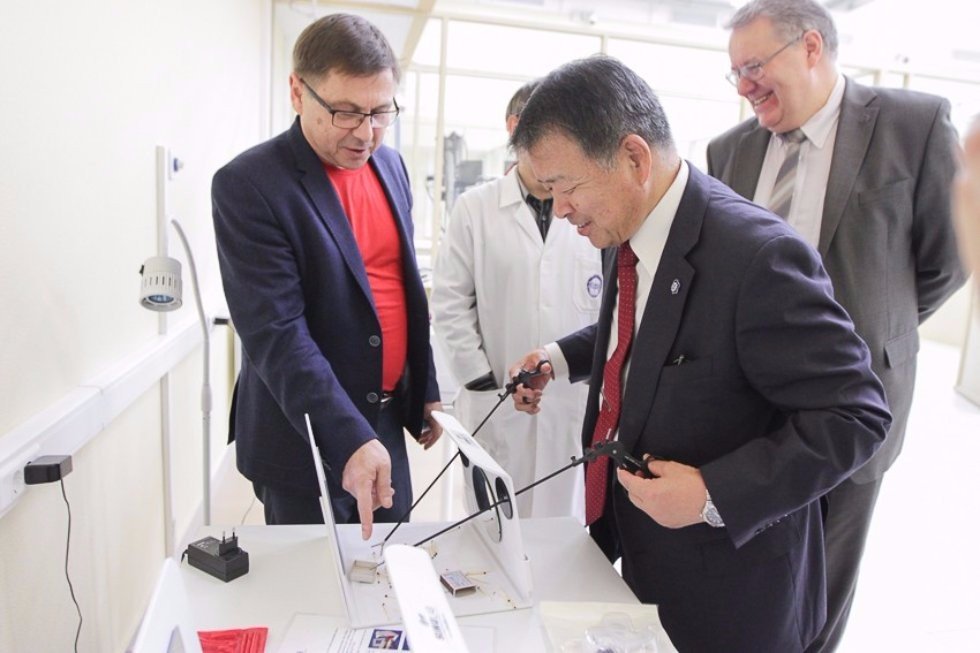 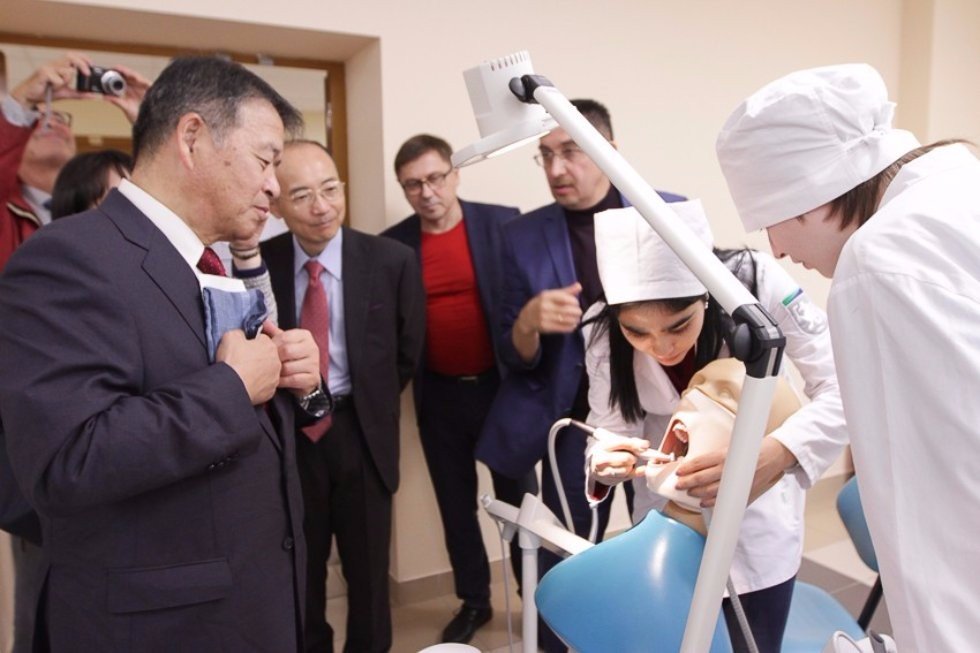