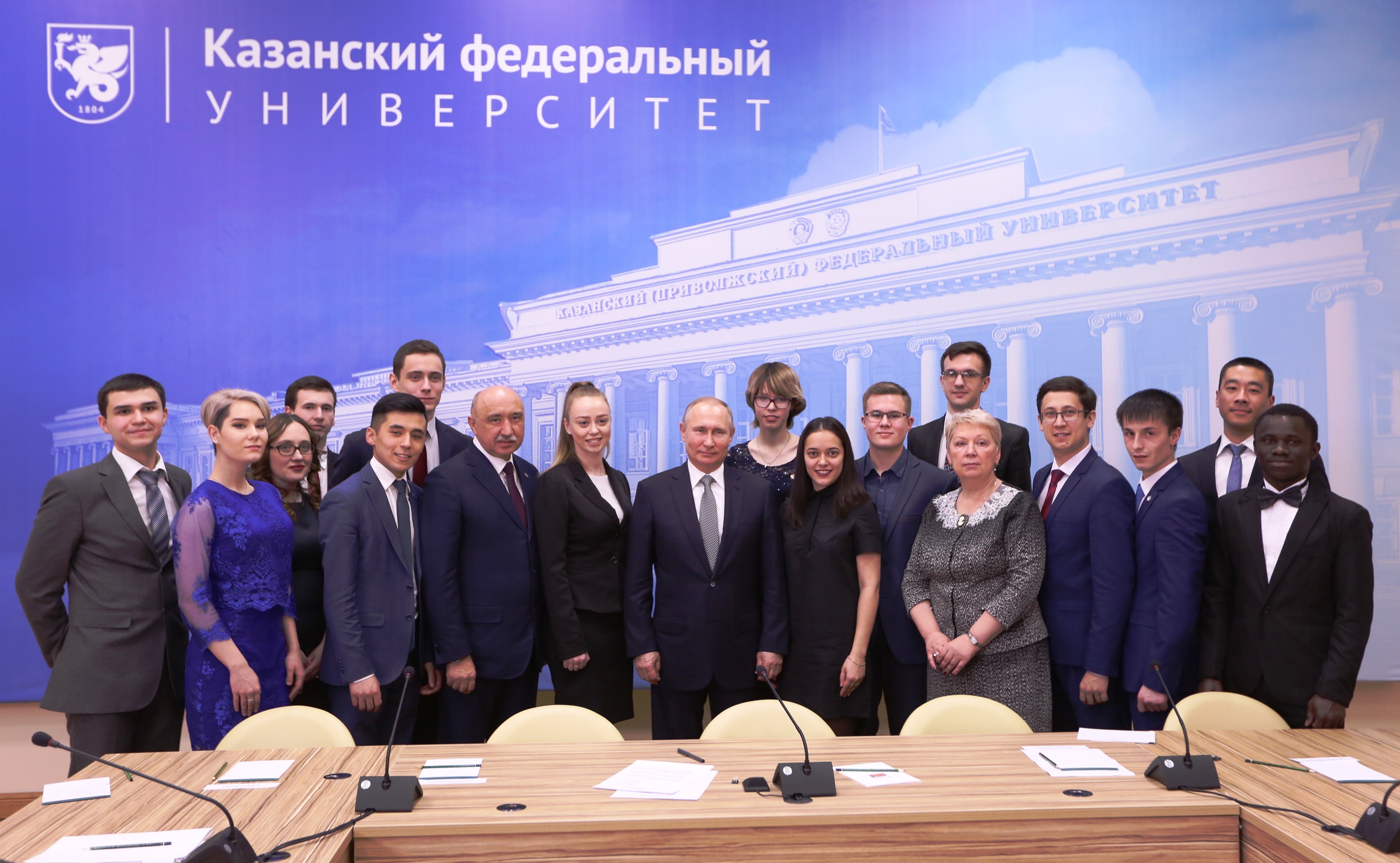 During his visit to Kazan, the President congratulated students with the Russian Student Day and toured KFU’s medical cluster. After that, he held a conference at KFU with participation from six other federal universities (Baltic, Crimean, Ural, Northern, North Caucasus, and South), Moscow State University, and Saint-Petersburg State University. Also present were Aide to the President Andrey Fursenko, Minister of Education and Science of Russia Olga Vasilyeva, and Rector Ilshat Gafurov.

The President opened the discussion with congratulations and thanked Kazan and the University for the warm welcome. “We have just seen the premises of Kazan – now Volga Region – Federal University. Undoubtedly, this is an example of how a storied institution with good traditions and outstanding scientific schools can answer the challenges of time and move forward. We have here two establishment dates – 1804 and 2010 when several new institutions were merged with it, and the University received a new boost.”

The moderator of the meeting, PhD candidate at the Faculty of Law Dinar Valeev noted, “KFU has over 60 exchange and internship programs. For example, there is an extensive experience of interaction the University of Kanazawa and RIKEN in Japan. 25 years of such cooperation helped us win a grant from the Government of Japan to train leaders of the future. Next year, we will send 70 our students there and welcome 100 students from Japan.”

As for internal ties, there is a program of network cooperation among federal universities and, of course, some significant support from federal and regional authorities. In particular, Dinar Valeev mentioned the Algarysh program in Tatarstan for overseas education.

President Putin had high praise for federal universities with regards to their international and national cooperation efforts, “It’s very important for the Ministry to support this crucial part of modern education and for the universities’ management to understand that student exchange improves their institutions’ competitiveness.”

Other participants of the video conference also had the opportunity to present their positive practices. The most promising course of action, as the students stated, is in paying attention to direct contacts with employers, online education, and open communication between universities and student communities in Russia and around the world.

Overall, 15 KFU students of all levels (undergraduate, graduate, and PhD) partook in the meeting.