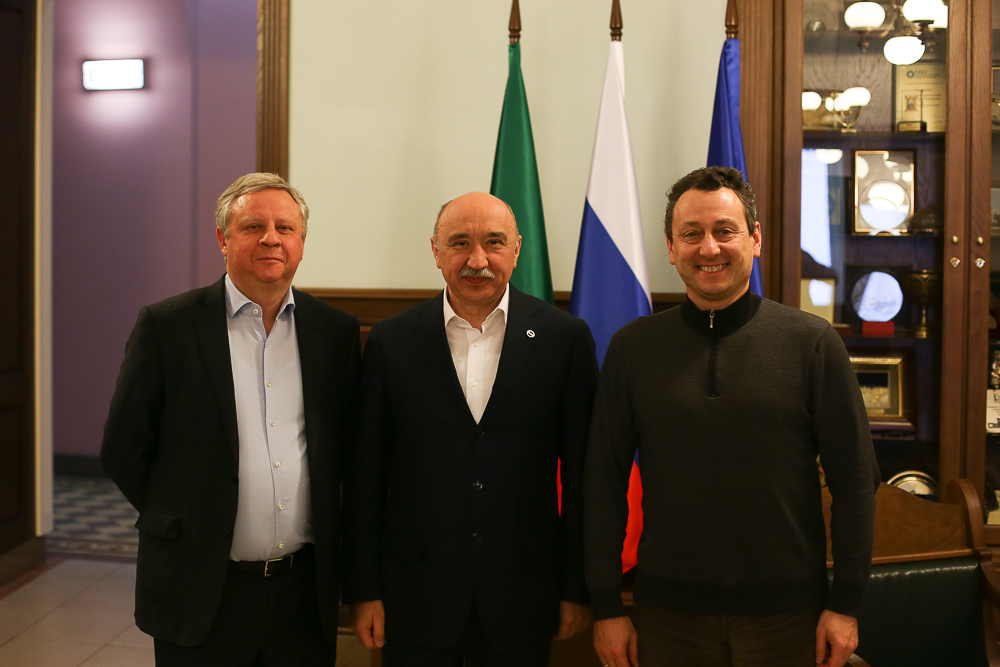 General Director of the Federal Medical-Biological Agency Vadim Govorun was also present at the talks.

The emergence of a new unified medical information system will be the next step in the modernization of Russian medical services. There are several prototypes as of now, and one of them is tested at the University Clinic in Kazan. The system is aimed at finding optimal treatment paths.

KFU wants to partake in deciding the shape and scope of the future national system of medical records. Commenting on the University’s achievements in this area, Deputy Minister Kalugin noted the importance of introducing separate program modules for each of the procedures to further simplify the integration of general practices. Being an expert in the Internet of Things, he can very well understand the technical complexity of such integration, even at several institutions, let alone the whole country. To facilitate coordination in this regard, Minister of Health of Tatarstan Adel Vafin joined the discussion.

Apart from this information system, the parties also agreed on the importance of establishing a separate department of medical informatics at KFU. The corresponding  curriculum, medical cybernetics, is already available to enrollees, so that would only be a natural step forward.