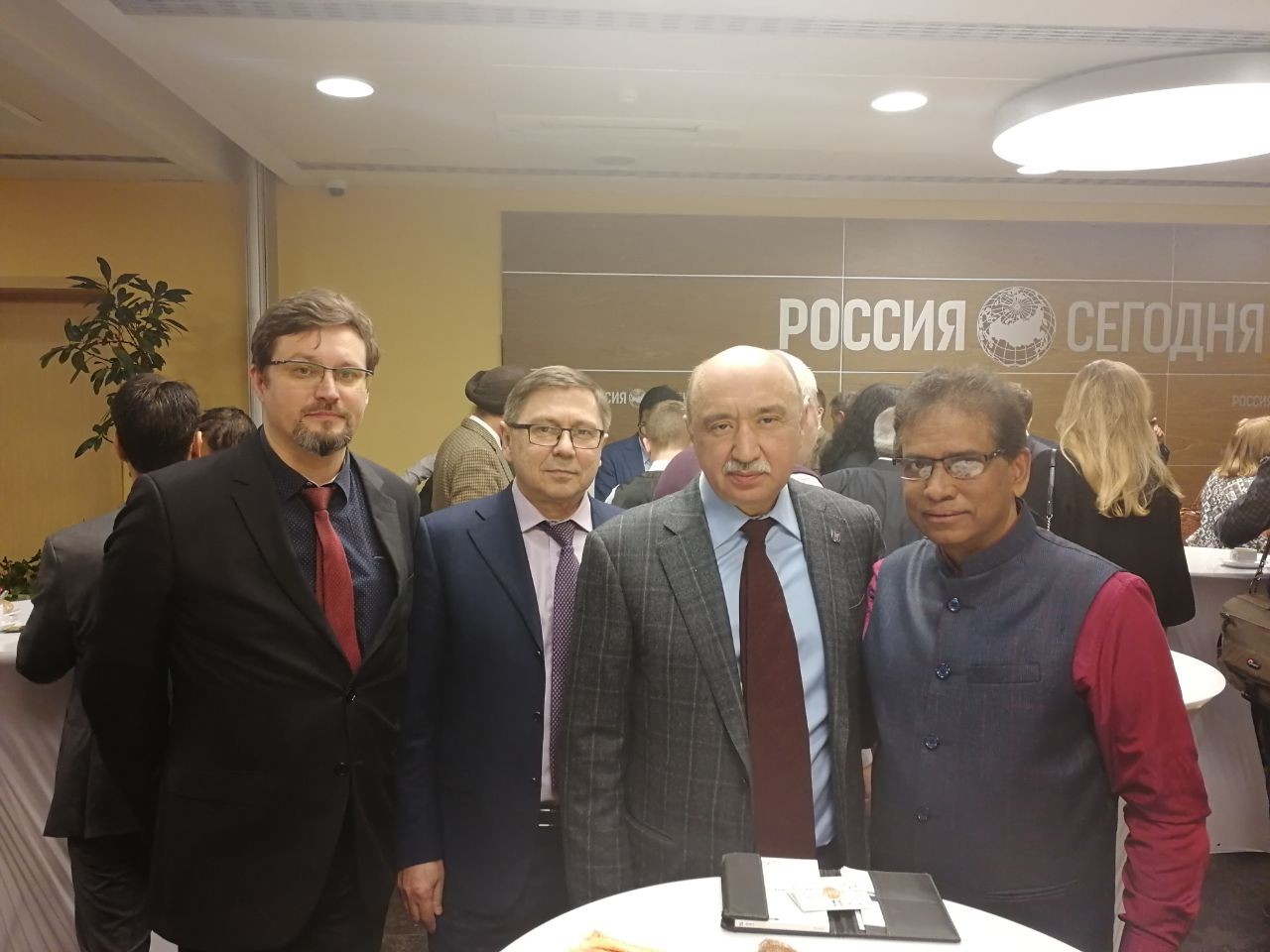 The event was held in Moscow on 26th February.

Vice-Rector for Biomedicine Andrey Kiyasov, Deputy Director of the Institute of Fundamental Medicine and Biology Marat Mrasov, and Aide to the Rector for International Relations Yury Nurmeev joined the Rector at the meeting.

Ambassador of India to Russia Pankaj Saran gave an introductory speech. He advised Russian universities to be more proactive, especially with regards to their online presence. A good English website is the key to success, he said. As a political objective, Ambassador Saran proposed doubling the enrolment from India – from the current 10 thousand to about 20 thousand. At the same time, the speaker emphasized the importance of tapping only the best students and relying more on in-house enrolment procedures rather than on consultants.

Minister of the Embassy of India for Education Alok Raj stressed that there is huge potential in expanding enrolment. He gave one example. In 2017, about 600 thousand Indian youngsters took entrance exams in medicine, and 56 thousand were admitted at home. Many of the remaining 544 thousand tried their luck overseas, but only 3,500 of them ended up in Russian universities. He also emphasized the importance of robust online activity and stricter approach to recruitment agencies, some of which may resort to unscrupulous means to inflate their statistics.

Rector Gafurov presented the University with a special accent on its newly developed strengths in medical education, since 90% of Indian students pursue medical degrees in Russia. So far, only 50 Indian nationals have been admitted, so a steep increase in numbers is expected this and following years.

Another representative of Kazan was Rector of Kazan State Medical University Aleksey Sozinov.

Later in the afternoon, Rector Gafurov and Vice-Rector Kiyasov talked with Ambassador Saran (who came to KFU in November 2016), representatives of Indian universities and recruitment agencies.