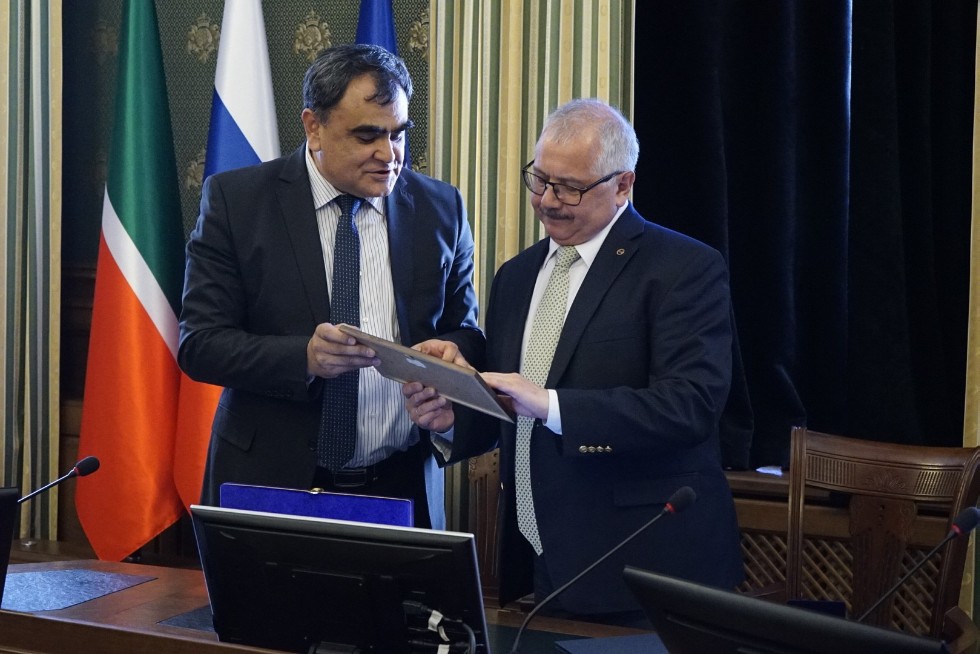 A cooperation agreement between the two institutions was signed today in Kazan.

Before the talks, the guests made a stop at the Institute of Fundamental Medicine and Biology. Mr. Israilov said that KFU’s exemplary implementation of the medical simulation project will serve as guidance when TMA starts its own works on such a center.